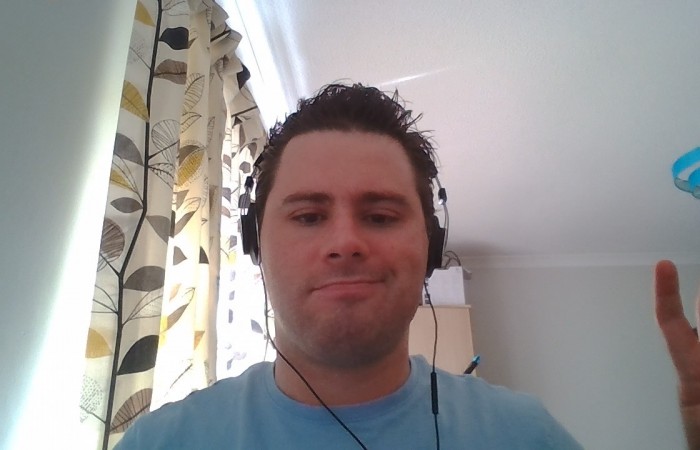 The rodent of raving! Produced over 300 techno, house, trance and Hip-Hop tunes and have played mainstream at many parties and events!
I was born 1987 in Redhill Surrey UK and grew up in Caterham. Am now currently living in Redhill. I have been into DJing and producing since listening to EDM music a lot during my teenage years. When listening to the music during my years at secondary school I developed a strong liking for the sound and eventually decided that I wanted to create music of my own. In addition I decided to I wanted to do DJing as well.

I started creating my own music at home at the age of nineteen while at college. Since then I have produced nearly 300 techno, trance, house and hip-hop tunes over the years. To create my tunes I made use of music making software combining diverse soundbites into the rich variety of musical tracks that I have composed. The first tunes that I produced were of the house and trance genres, later I began producing harder techno tunes. Later on still I began to produce a number of Hip-Hop tunes as well. When creating the tunes I divided them between different albums that I gave colourful names to like 'Rattack' and 'Rat-Hop', often relating to the genre of the music that featured on the individual album.

The greater number of tracks I produced were when I was at university where many students and staff heard my music and gave me much praise for it. I have often burned my music on CDs and handed them out to people who have tended to give good feedback towards it.

Since finishing university I have generally turned towards DJing at events rather than producing music, although I still hand out my own music to people every now and then. I have DJed at many house parties, work events, and social clubs. I play music from many genres and decades and have done many seasonal events such as Christmas and Halloween. Usually when DJing I make use of a laptop and speakers for convenience although I have used vinyl decks and CD decks on occasion. Generally when DJing I play general party tunes in order to get people up and dancing and I always do a great job at it. I have on occasion played my own tunes which are always welcomed by the audience whenever I play them.

I have made much use of public transport over the years and am quite able to get to events where I am expected. I have DJed around Surrey and in London and have even DJed in Aberdeen.

I have a high regard as a DJ and am looking for more opportunities to perform at.